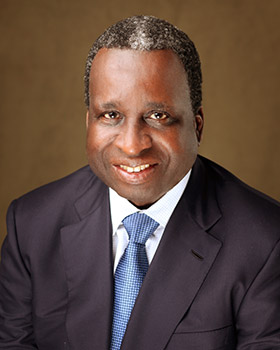 Engr. Godwin Omene is a Director of ARCO Group Plc.  He holds a First Class Honours B.Sc Degree (Mining Engineering) from Imperial College of Science and Technology London and a Post Graduate Diploma in Petroleum Reservoir Engineering) with Distinction from the same College.

Subsequent to his retirement from Shell Nigeria, Engr. Omene was appointed the pioneer Managing Director/CEO of Niger Delta Development Commission (NDDC), the Federal Government intervention Agency in the Niger Delta.  Engr Omene is currently the Chairman/CEO of Gladson Petrogas Limited, an energy consulting company he founded after retirement.  He is a recipient of the Nigerian National Order of Productivity (NNOP) and a member of various professional bodies with wide training and other appointments too numerous to mention.